From the speech of Mario Draghi's today in Bologna more information was expected about the monetary policy stance of the European Central Bank. However, the ECB chairman remained at relatively general statements and made no further announcements. The euro regained strength and rose above 1.10 US-dollars.

Draghi again stressed the willingness of the ECB, without precise announcement

The speech of the ECB president in Bologna on the subject of 'monetary policy and structural reforms in the euro area' contained essentially all the points that Mario Draghi before the ECB meeting last week was not tired of repeating. He called once again the unlimited willingness of the ECB to use all means at its disposal if it is necessary. Regarding the negative deposit rates for banks, which have been raised on the ECB meeting from -0.2% to -0.3%, he showed the belief that this will encourage the banks in the euro area for lending. Whether this statement is true, can be after such a short time not be said for certain. Furthermore, the ECB expects that the inflation targets for December be achieved without delay. An assumption which may be regarded as premature in the middle of the month.

Overall, the speech lacked everything what could bring just the breath of a new information to the market. The constant repetition of possibilities, without being specific, could unsettle market players in the medium term, because of the impression that the ECB is uncertain in the design of their own monetary policy. At worst, it can end in a capital outflow from the euro area to the American or the Asian economic region. Depending on the Fed decision on Wednesday, investments in US-dollar could become much more atractive than in euro, what could bring the ECB under pressure to act.

The Euro today showed unimpressed by the statements made by the ECB chairman. After it was fallen initially down to 1,095, it climbs up to date on 1.1004, a gain of 0.11 percent. Also against the British pound, the euro grew strongly. The price of the pair EUR/GBP rises to currently 0.7266, representing an increase of 0.56%. 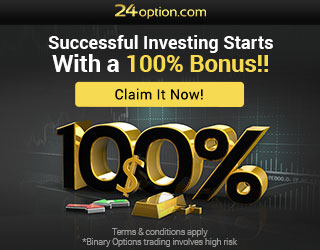